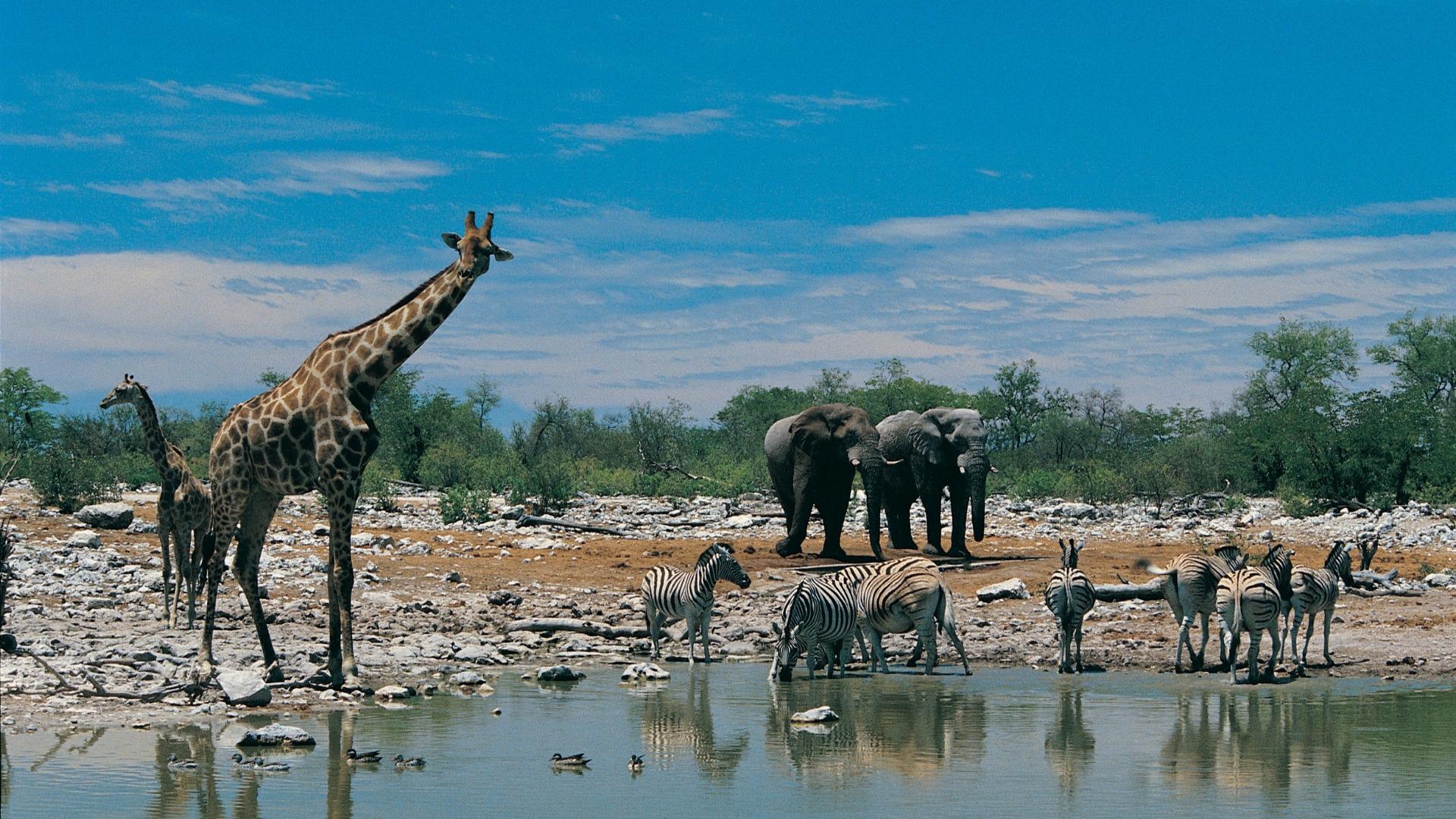 Global Biodiversity: Building a shared future for all forms of life

Business-as-usual scenarios are accelerating global biodiversity deterioration. Although great in its intent, the Global Biodiversity Framework needs a heightened sense of urgency and alignment from all implementing countries to build a shared future for all forms of life.

Despite the growing discourse and efforts to protect biodiversity, there is a projected graph of species going extinct. Building a livable future for all forms of life is needed for a balanced ecosystem. Business-as-usual scenarios are accelerating the deterioration.

The GBF draft sets out an ambitious plan to implement broad-based actions that aim to transform society’s relationship with biodiversity by 2050. The shared vision of living sustainably in harmony with nature is achieved by realizing the fundamentals of biodiversity to human–well-being and a healthy planet. This framework primarily focuses on facilitating the implementation of pro-biodiversity activities at the national level, with supporting actions at the state, regional, and global levels. It also aims to promote synergies between the Global Convention for Biological Diversity and other relevant protocols through its theory of change.

This framework primarily focuses on a theory of change that recognizes the urgency of policy action. There is an immediate need for policy actions at the global, regional, and national levels to transform socio-economic and financial models, so that the trends that have aggravated biodiversity loss will stabilize by 2030. The framework hypothesizes that the governments and societies need to act together towards the achievement of the vision of 2050 — living in harmony with nature — by prioritizing and allocating the financial and other resources and internalizing the value of nature, and recognizing the cost of inaction and/or inappropriate action. 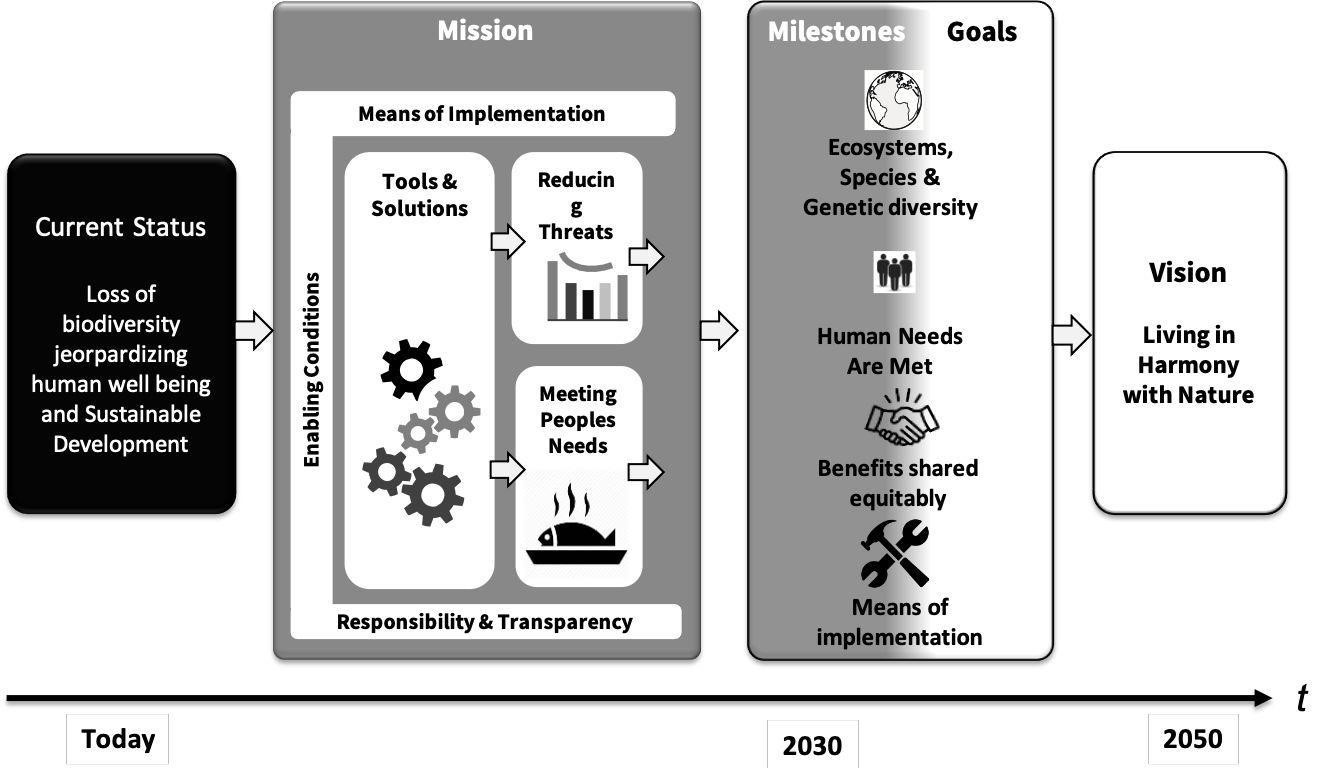 In line with this, the theory of change urges for stronger solutions and tools that can decrease the threat to biodiversity while meeting people’s needs.  There is a strong emphasis on these solutions needing to be supported by emerging technology, financial resources, and other relevant capacities like policy and governance, along with effective implementation. For ensuring effective and widespread implementation there is also an emphasis on utilizing the well-known capacities of non-profit organizations for outreach and generating awareness in order to bring about large-scale participation from local communities.

With such strong emphasis on strong solution design, efficient resource allocation, and wider community participation, this theory of change is complementary to and supports the 2030 Sustainable Development Goals agenda (SDGs). It also embeds the long-term strategies of various international multilateral environmental agreements including the Rio Conventions, in its goals and targets, to ensure the synchronized delivery of benefits from all the agreements to the people and planet.

Goals and Targets of the Global Biodiversity Framework

The framework lists four long-term goals for 2050 related to the 2050 Vision for Biodiversity:

(a)The integrity of all ecosystems is improved, with an escalation of at least 15 percent in the area, connectivity, and support for healthy and resistant populaces of all species, and genetic variation of wild and domesticated species is protected, with at least 90 percent of genetic diversity within all species maintained

(b) Nature’s contributions to people are valued, maintained, or enriched through conservation and sustainable use supporting the global development agenda for the benefit of all

(c) The benefits from the utilization of genetic resources are shared fairly and justifiably, with a substantial increase in both monetary and non-monetary benefits shared, including for the conservation and sustainable use of biodiversity

(d) The gap between available financial and other means of execution, and those necessary to achieve the 2050 Vision, is closed.

There are six corresponding key targets that the framework aspires to achieve:

As already discussed, to achieve these targets it is quintessential for all countries to align their biodiversity promotion practices with those of the Global Biodiversity Framework. In line with this, India has initiated a few measures that have the potential to prove immensely helpful in biodiversity conservation.

The Government of India (GOI) has launched the “National Biodiversity Mission”, to protect the critically endangered and other threatened animals and plant species, by adopting laws and policies. Also, the Prime Minister’s Science, Technology, and Advisory Council (PM-STIAC) and National Biodiversity Mission have launched comprehensive documentation of India’s biodiversity conservation and distribution with the potential for cataloging and mapping all life forms in a unique repository of information on the “India Biodiversity Portal”.

While these measures are appreciable, there is still a huge scope to roll out more policies aligned with the Global Biodiversity Framework. Considering biodiversity as a foundation upon which we can build a better and livable earth, and the intrinsic ability of biodiversity conservation to reverse the effects of climate change, a heightened sense of urgency to sustain biodiversity is necessary.

While India needs to rework its priorities and address vital issues to tackle climate change, blaming India alone for climate change is not fair. All the countries can responsibly co-operate to find solutions for climate issues.

To mitigate the effects of climate change, we need to introduce sustainable agricultural practices incrementally and with due emphasis on profit.

Agroforestry, unlike many other Negative Emissions Technologies (NETs), is a low-cost intervention and can be scaled up quickly. The blog gives a brief about NETs and the benefits of Agroforestry Systems