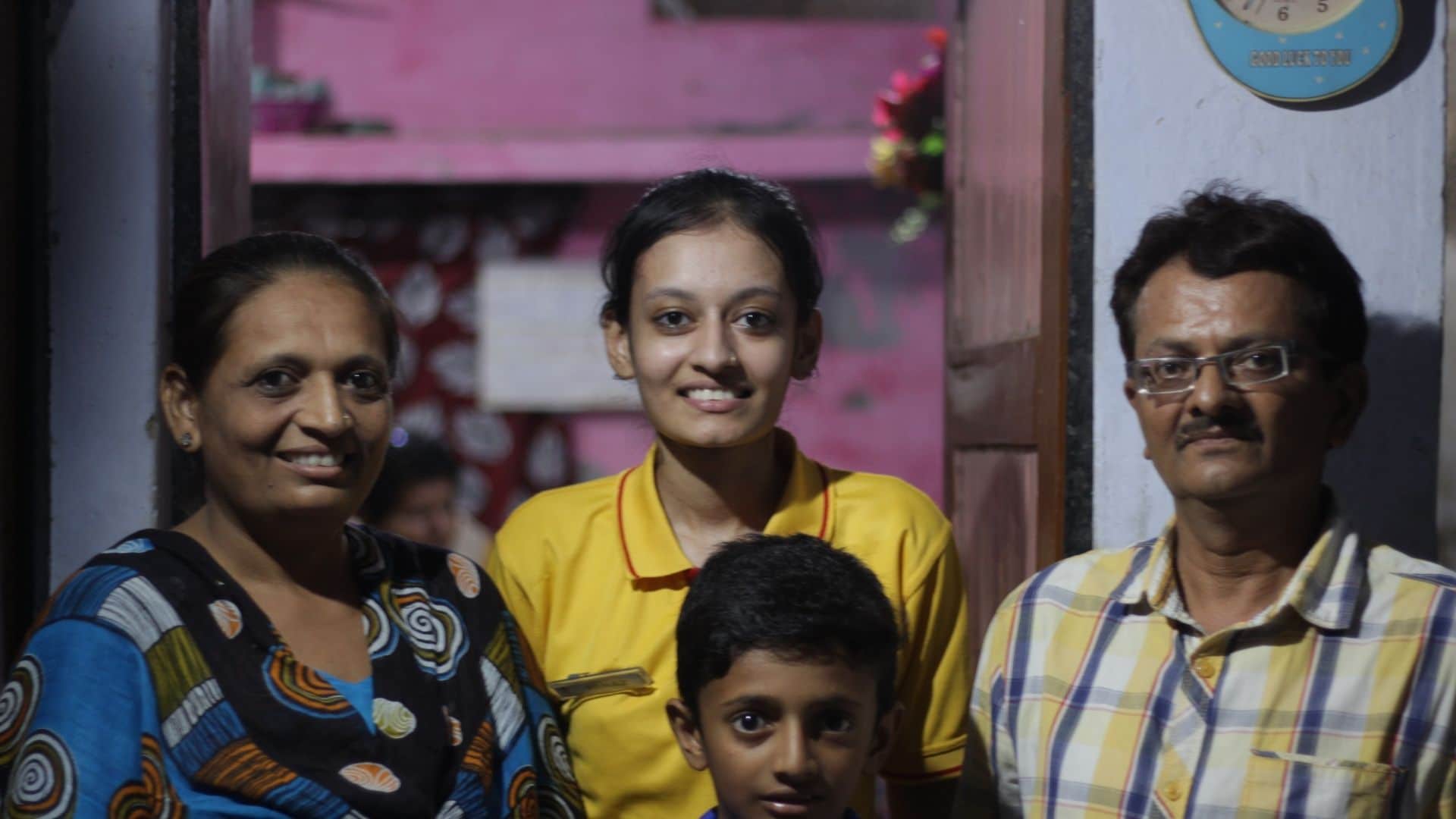 Down but not Out

“Educating girls is very important, but educating our men is more important. They need to treat women with respect.”

Can a smile be disarming and equally deluding? Or is it a skill to be able to mask your angst under a veil of sanguinity? Well whatever it is, young Hinaz Multan seems to have mastered the art well. Her radiant smile gives no inkling about how badly she is hurting and it takes her a few hours to share her story. But when she does, it makes me press the pause button more than once because the pain is so intense and raw.

At 18, when most girls are excited and eager about their rite-of-passage into adulthood, young Hinaz Multani was forced to marry a much older cousin of hers. Hinaz wanted to continue her studies, but her mother told her to get real because the groom’s family were well off and their dowry demands were nominal. “It was a simple trade-off” says Hinaz matter-offactly. “When you are a girl from a poor family, then your own family is in a hurry to jettison the burden of paying for your keep and what better way to do that, than getting her married? My inlaws sized me up as a good housekeeper and in return they kept their demands minimal, which of course suited my parents.”

While it sounds harsh, Hinaz’s narrative is without any bitterness “I cannot blame my parents. Apart from being practical, they were doing what was customary. In our community, a girl does not get to decide about her studies, work or even her marriage. In my home, it was my father who called the shots and nobody, not even my mother, dared to go against it.”

Hinaz was married to a dentist, more than ten years-older than her. When she left home, she was hoping that her educated husband would appreciate her wanting to study and allow her to go to college. But she could not have gotten it more wrong.

Instead of college, she was entombed in her own house and her new family treated her like a maid. She was forbidden from stepping out of the house or speaking to the neighbours and she could not even look out from an open window. Recounting the pain, Hinaz narrates with her voice breaking for the first time,“What hurt me most was during Ramzan, when the family gathered to break their fast over a meal, I had to eat the left-overs, alone and in the kitchen.”

To make matters worse, she could not call her parents and when they called, it was on her mother-in-law’s cell phone. Further, her talk was taped by her mother-in-law on the instructions of her husband.

The torture got progressively worse. And one evening her husband abruptly told her that he did not want her as his wife. To underline how unwanted she was, he locked her out of the bedroom and shunned her to the kitchen.

That final rejection shattered her. With no one to turn to and nowhere to go Hinaz went into depression and lost her will to live. This triggered a panic and they called for her parents to send her back.

Once home, she made it known to her father that she did not intend to return but instead, would find a job and earn her living. “For the first time he agreed to let me do what I wanted. I am not sure whether he was placating me or he was scared of me attempting suicide again; but it was my father who took me to the GROW center after learning about it from a friend.”

Says Monika, GROW’s Area Manager “When she came with her father, she was in a burqa, covered from head to toe and answered only in monosyllables. But once she joined the classes, her determination to learn was overwhelming. She never missed a single class and with each day you could see her evolve. It was as if this was her life-line.”

Hinaz now works at a well-known multiplex in Ahmedabad and is relieved that she can live with dignity. She encouraged her younger sister too to join GROW. Both of them now have good jobs and their father, Abdul Rashid, is proud of his girls. He finally conceded for Hinaz to divorce and is willing to support her to annul the marriage in accordance with the Muslim laws.

At 21, Hinaz stands on a new threshold. Bold and ready to take on the world and so we probe, “What is your goal in life now?” Without missing a beat she answers “To become a photographer. It is something I dream about and I will enrol for a course once I have saved some money to buy a good camera.”

As a parting shot, we asked what she thought about gender equality. Hinaz answered after some careful deliberation, “When I look at young girls in my community, I feel we have a long way to go. Educating girls is very important, but educating our men is more important. They need to treat women with respect.”